The Great Tug of War in Itoman

Okinawan tug of war passed down from generations 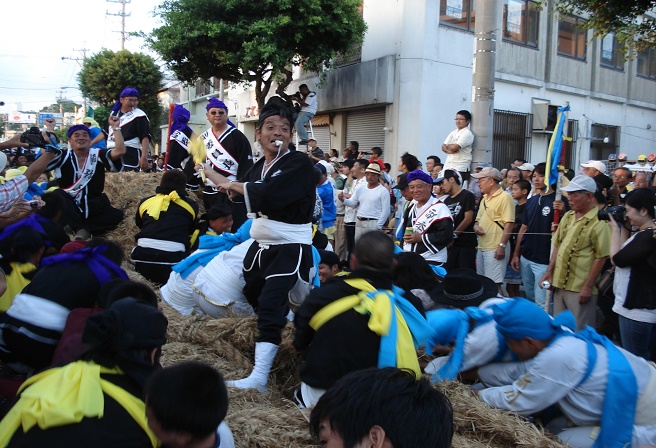 Tug-of-war events held throughout Okinawa are popular traditions in which people pray for bumper crops, good catch, family well-being, and sound health. Some tug-of-war events in Okinawa are held on holidays to attract tourists, but the Great Tug of War in Itoman follows tradition and is held each year on August 15th of the lunar calendar. 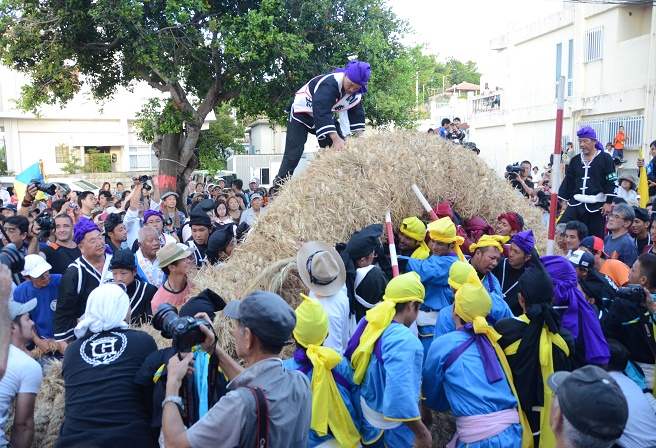 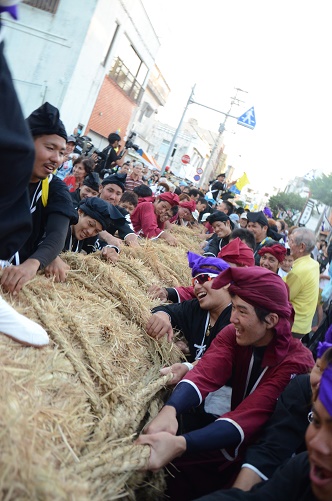 The Great Tug of War in Itoman begins with restricting traffic from the Itoman roundabout to Hakugindo early in the morning to get the rope ready.

Once the rope is ready, a parade known as michizune takes place around 2 pm. With leaders of yugafu and kariyushi at the front of the michizune, over 1,000 local residents participate in the 2-kilometer parade with dances, songs, and children performing eisa.

The michizune is followed by connecting the northern and sounthern ropes, respectively the yujina and mijina, using large, rounded sticks called kanuchibo. When connected, the rope becomes roughly 180 meters in length with a weight of about 10 tons.

After young people from both teams dressed as a legendary charater known as shitaku end their standoff, the tug of war is ready to take place. The pulling begins at the sound of yelling “Ha-iya!”

The Great Tug of War in Itoman is known as yuninjina, manninjina, and you do not have to be a resident of Itoman City to be able to pull the rope.