A Taste of Okinawa’s Salt (Maasu) made from the Sun and the Ocean! 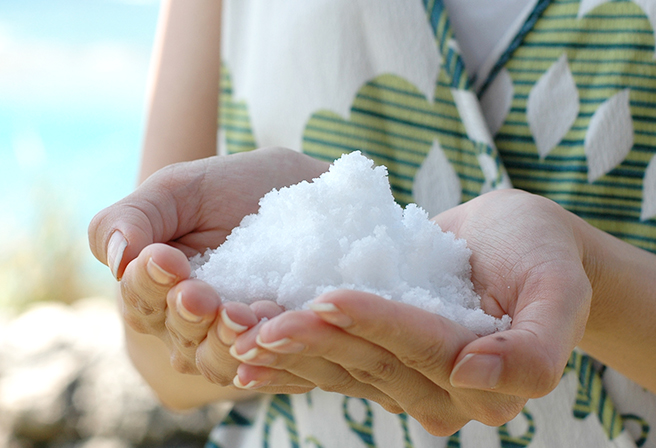 In Okinawan dialect, natural salt is called “Maasu” (or “Maashu”).
In Kanji, it is spelled out as “真潮”, which directly means the seawater or the current.

Okinawa’s high ambient temperature lead the popularity of preserved food such as salted pork (“Suuchikaa”) and salted mozuku (edible seaweed) in the 17th century. It is said that salt manufacturing using saltpan began in the same period.

Okinawa’s salt is very popular to chef’s from overseas.
You would understand why once you taste it.
It has a salty taste, but it also has a mild sweetness, which brings distinct flavor inside the mouth.

The distinct flavor comes from the natural minerals that the salt contains, such as sodium, magnesium, and calcium.

The taste of the salt changes based on many different factors.
The small adjustments made by the salt makers at the facility, the condition of the Sun and the wind, these are all important factors that make Okinawa’s salt.

if you ever come to Okinawa, try all kinds of salt and find the salt that best suits your taste.

Recommended places where you can taste Okinawan salt (Maasu). 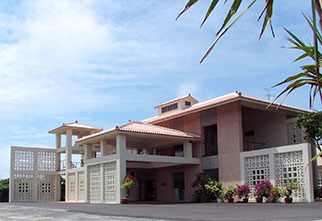