Beautiful Contrast made by the Okinawan Weather, the Red Roof Tile. 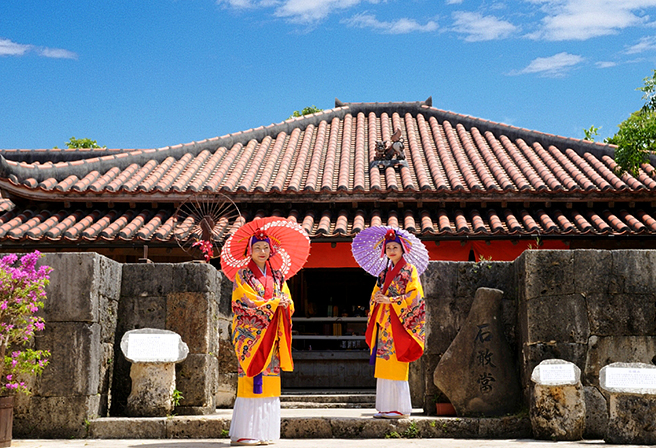 The red roof tiles that shine in the blue sky, what a great color combination that seems very much like Okinawa.

The red roof tiles decorate Shuri Castle’s roof and many other public facilities and hotels.

These unglazed red roof tiles are made from a mudstone called “Kucha” which contains rich iron mineral. These tiles allows heat to dissipate when evaporating moisture which allows coolness inside the house.
Comparing to concrete roof, these red tiles can keep the room 4 degrees Celsius cooler.
The tiles are molded and fixed together by plaster, so structure-wise, it is very firm and can withstand typhoon weather.
There’s no need to worry about tiles flying out during strong winds.

The contrast of the tile and the plaster are very beautiful, and functions well as a roof in the Okinawan weather.

Since then, the red roof tiles have spread thru the island decorating the roofs of many houses.

The Shisa (Okinawan lion statues used as talisman against evil) seen on the roofs became popular during this same period.
It is said, that these Shisa statues were first made by craftsmen who used remaining of the red roof tiles.

Recommended sight seeing spots where you can see the red roof tiles. 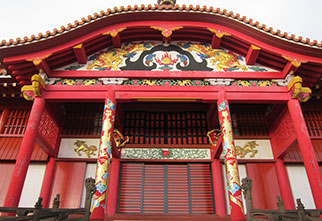 It is reconstructing becase of the fire at Shurijo Castle Park.
Cardinal world heritage in Ryukyu kingdom’s glory. Shurijo castle was the administrative center of the Ryukyu kingdom, and was the focal point of foreign trade, as well as the political, economic an… 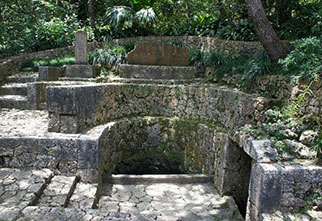 The gardens of Shikina-en was also referred to as Shichina-udun and Southern Gardens as they are located to south of Shuri castle. Shikina en was built in a blend of Chinese and Ryukyu style architectures. It was used for the reception of an envoy from China. An observatory was… 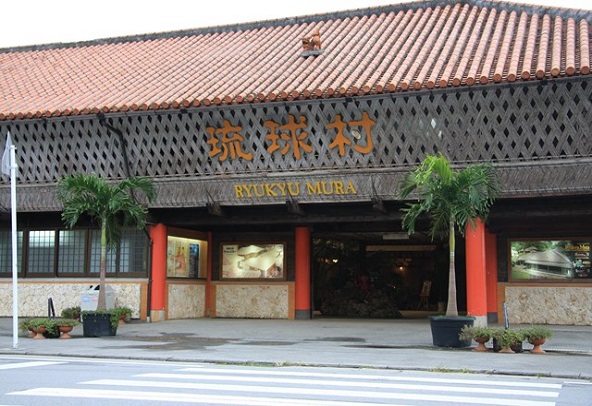 Ryukyu Mura Village is the best sightseeing spot where you can experience Okinawa’s culture, performances as well as traditional foods. Ryukyu-mura is a huge village-like sightseeing spot featuring more than 35 fun spots that can be enjoyed with friends and families. Our highligh…