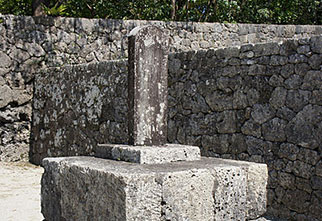 Tamaudun is a mausoleum that was built by King Sho Shin for Ryukyuan royalty.
A short distance from Shuri Castle.The mausoleum was constructed upon the orders of King Sho Shin (1477 - 1526) , the third king of the second Sho dynasty to bury his father Sho en.
One of the World heritage sites and the largest mausoleum in Okinawa.

Royal mausoleum for the Ryukyu Kingdom

Tamaudun was built in 1501 by King Sho Shin for his father Sho en to be buried and became the royal mausoleum for the Ryukyu Kingdom. It was designated a World Heritage Site in December of 2000, as a part of the site group Gusuku Sites and Related Properties of the Ryukyu Kingdom. 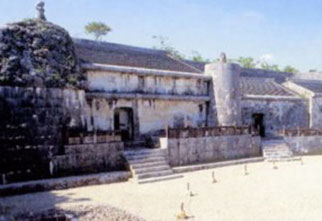 The mausoleum consists of three compartments. The central compartment is used for the Ryukyuan tradition of Senkotsu, and with kings and queens in the eastern compartment and the rest of the royal family in the western compartment. The site consists of two stone -walled enclosures, covering an area of 2.442㎡. The structure suffered extensive damage in the battle of Okinawa, but much of it had been restored in the 3 years since 1974. 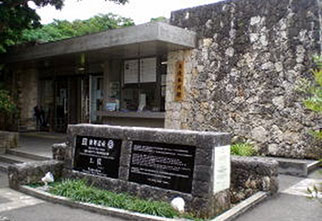 The visitor center located near the entrance to the compound includes a small permanent exhibit gallery with models of the mausoleum, describing its history and layout. 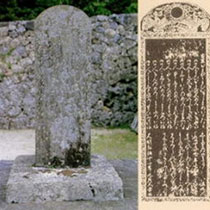 7.Forth son of King Sho Shin 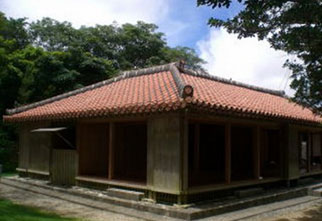 After the visitor center, you will meet the gate house with red-tile roof where kings of the Ryukyu kingdom had taken a break at while visiting the mausoleum.

The room had used to be much smaller before the Pacific war and was used to stock the tools for the royal funeral. In 2000, during the excavational investigation they have found structures of magnets that had supported house poles, stone paved area as well as tiolet remains. It was restored by specialists based on the structure of western side’s since the locations of the poles almost matched with the western side’s. 。