Expansion of duty-free coverage was commenced on October 1st, 2014. It now covers all items including perishables, bottles of liquor, medicine as well as cosmetics which will provide tourists to Okinawa a great opportunity to bring local specialties such as local liquor, beer and souvenirs home.

○Japanese citizenship holder who had stayed overseas for over two years, and is leaving Japan within six months after entering the country.

・These above are recognized as alien living in Japan and are excluded from eligibility for duty free shops.

What can be purchased and conditions 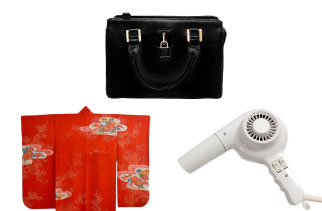 Total amount of purchases paid at a store in a day must be more than 10,000 yen.

*For a case of total amount of more than a million yen, a copy of your passport will be required. 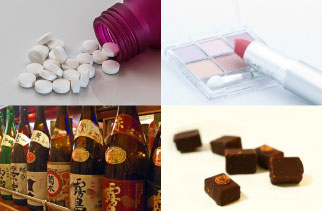 *Tax exemption will not be applicable to purchases for business use or sales.

How to duty free shop

Make your selections at a duty free shop and take them to their checkout counter.

*There may be a case that you only have to declare them your flight information instead of displaying the flight ticket by expansion of e-ticket.

There may be a case that a shopping card filled out with neccessary information will be given to those joined a tour instead of using passport and flight ticket.

②Tax free shop: Create a form of Record of purchase of consumption tax-exempt for export. *You must fill up the form.

③You: Turn in recognizance you signed off to the duty free shop.

⑤Tax free shop: Hand over the items to the purchaser.

⑥Tax free shop & purchaser: Keep the recognizance, for about seven years for the shop.

The duty free items you have purchased are basically packed by the shop, however you will be charged consumption tax for them if they aren’t packed according to the following regulations. Also, do remember not to open or make a hole in the package until you take it out of the country.

○The items are packed with a plastic bag or cardboard box.

○The package has unbreakable strength that is enough to be kept until it is taken out of the country.

・A hole made in the bag or box which isn’t big enough to take the item out of it to keep the agricultural products fresh is allowed.

○In case the bag or box which the duty free items you have purchased are in was opened, it is sealed by a recognizable sticker that it was opened.

○The number and the content of the items is ascertainable.

・In case of a use of a plastic bag, the bag is clear or almost clear.

・In case of a use of a cardboard, the name and the number of each item are written on the box or the sticker with the information written is pasted on the box.

○It is stated that it will not be opened until it is taken out of the country.

Okinawa regional custom is a special system limited to Okinawa, and was built in 2002 by the Act on Special Measures for the Promotion and Development of Okinawa.

Domestic travelers leaving Okinawa are applicable to duty free shop at area and shops designated by the prime minister of Japan. Regardless of nationality, any of those can purchase whiskey, perfume, leather purses and such from any brands at tax-exempt prices. (up to 200,000 yen)

Any Japanese citizen and foreigner that has lived in Japan for over six months alike can use the system.

How to use the System

As to use the system at DFS Galleria Okinawa, take these steps below.

①Visit the reception counter situated right after the entrance to the building.

②Register information on your name, address, flight or boat departing Okinawa in order to receive a shopping card.

③Browse and shop. *Purchases must be made by two hours prior to your departing flight/boat.

④Receive a receipt for your purchased items. *The items cannot be received at the spot.

⑤Pick up your purchased items exchanging with the receipt at the airport/port. *Do remember not to lose the receipt as you will not be able to pick up your items without it.

*The duty free items you’ve purchased can also be picked up within the LCC terminal.